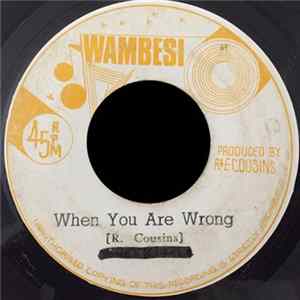 Reggae
The Royals - When You Are Wrong

Rock
B.J. Thomas - (Hey Won't You Play) Another Somebody Done Somebody Wrong Song